Lapels Teams Up with Local Charities to Donate 1,000 Coats

MARSHFIELD, Mass. — Processing, storing and sorting 1,000 children’s winter coats, along with boxes of winter pants, hats gloves and other accessories, can be a daunting task. That’s the challenge Country Ski & Sport, a family-owned retailer of ski equipment, clothing and accessories, faced in late October. 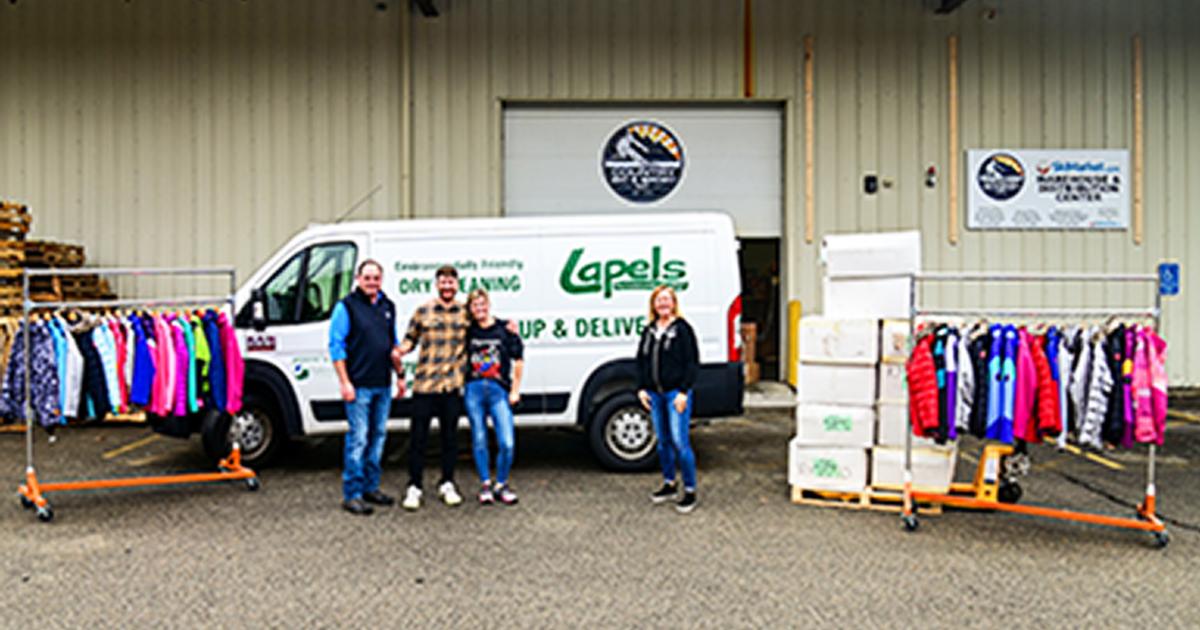 Fortunately, that’s when local businesses like Lapels Cleaners of Marshfield, Massachusetts, and nonprofits like Marshfield Boys & Girls Club, stepped up.

“We typically donate coats and other winter accessories to local charities,” says Jay Stenson, Country Ski & Sport’s director of marketing and the third generation to work in business. “Last year it was Home for Little Wanderers in Plymouth. This year we made the decision to move more items than usual to make space at our Hanover, Massachusetts, warehouse for our annual expo on Veteran’s Day.”

To accomplish this task, Stenson’s company started looking for help, and found Kimberly Wilkinson, who owns Lapels Cleaners of Marshfield.

“We reached out to Kimberly Wilkinson because we knew Lapels had conducted clothing drives and thought she could help,” Stenson says. “Kimberly did that and then some.”

Besides the Marshfield Boys & Girls Club, non-profits who accepted clothing to distribute included Sowing Seeds of Hope of Marshfield, Rolling Wave of Scituate, Massachusetts, Carolina Hill Shelter of Marshfield and several others.

“We’re enjoying a mild fall now, but we know how cold New England weather can get,” said Jim Bunnell, CEO of Boys & Girls Club of Marshfield. “Country Ski & Sport’s generosity in donating these coats will be much appreciated by the families we serve.”

Have a question or comment? E-mail our editor Dave Davis at ddavis@atmags.com .